Human Papilloma Virus (HPV) is the primary etiological agent of cervical carcinoma.2 High risk types in our country HPV 16, 18, 31, 33, 52, 58 accounts for most of the cervical cancer7 with HPV 16 and 18 contributing to about 76.7% incidence of cervical cancer.8Transmission of HPV occurs mainly by sexual contact or by skin to skin contact. Many of the predisposing factors for HPV infection including early age of sexual activity, early age at first birth, multiple births, tobacco use, immunosuppression, low socioeconomic status present in the community necessitates study of the knowledge of the disease and its screening which can be held at tertiary care hospital, Perambalur.9The persistence of an oncogenic HPV increases the likelihood of progressive disease.10

Natural history of progression of cervical cancer takes 10 to 15 years to develop. Hence early screening has shown to effectively reduce the incidence of malignancy. In developing countries screening coverage is very ranging from 0.4% to 14% in rural areas and from 2% to 20.2% in urban areas14. For the screening methods to be fully utilized, women need to be aware of the various methods available. Thus, the knowledge, attitude and practice regarding cervical cancer have become essential to prevent disease.

1.   To estimate the prevalence of cervical cancer among women attending a tertiary care hospital.

2.   To assess the knowledge of the participants on cervical cancer, its symptoms, risk factors, prevention and treatment.

3.   To know the attitude and practice of women towards the screening methods.

Type of study and Study design: It is a cross-sectional observational study. The study was carried out in Dhanalakshmi Srinivasan Medical College and Hospital, a tertiary care institute at Perambalur for 2 months duration form April and May 2014. It is a primary medical research type of study with focus on KAP among women regarding epidemiology of cervical cancer.

Study population: All women participants with age 18 years and above visiting the hospital in two months period were included in the study. All participants were given a full explanation of the project methodology and purpose with an assurance of confidentiality. Participants were also assured that their participation in the study was voluntary and that they could refuse to participate at any time during the interview.

Data collection procedures: The study participants were explained about the study in detail and were invited to take part in the study. The response sheets were filled, collected and checked for completeness by the author. The identification digits were used in place of names of women to maintain confidentiality.

Statistical analysis: The data will be entered and analysed with the help of Epi Info™ 7 software and Microsoft Excel software. The knowledge score was calculated by adding all positive responses of items, each item was assigned 1 for positive response and 0 for no response and then all items were included by applying a 12 points scale. Modified Bloom’s cut off points were used for assessment of knowledge. To assess the attitude of the participants, Likert’s scale was used.

Tools: A self-administered, structured, open ended and pretested questionnaire comprising of questions on the general characteristics, awareness, perceptions and actual practices of women was used to gather information about cervical cancer. The questionnaire was translated into Tamil language and explained in such a way that each of the participants understood the questions substantially for independent answers. The questionnaire was pilot-tested in a sample of 10 women who were not part of the study sample to ensure cultural acceptance and level of validity and degree of repeatability.

Ethical considerations with all required forms: The Ethical clearance for conduct of the study was obtained from the institutional ethical and research committee before starting the study. Informed consent was taken from all the study participants.

Table 2. Knowledge of the participants regarding cervical cancer screening. 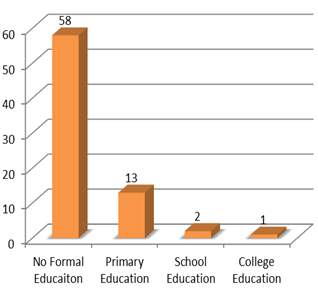 Figure 1. Education level of the respondents. 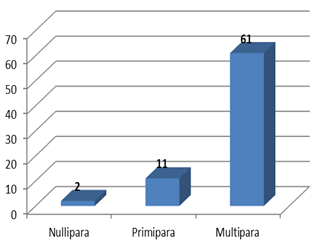 Figure 2. Parity of the study population. 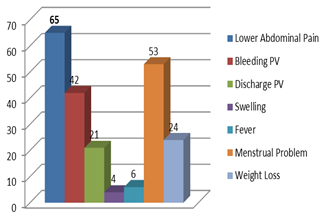 Figure 3. Knowledge of the respondents about the symptoms of cervical cancer. 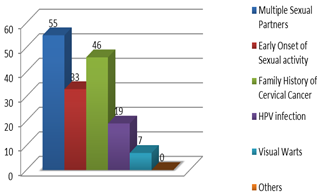 Figure 4. Knowledge of the respondents about the risk factors of cervical cancer. 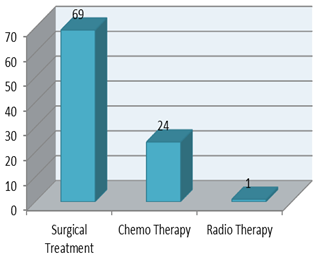 Figure 5. Knowledge of the respondents regarding the treatment modalities of cervical cancer.

The knowledge of carcinoma of the cervix and screening for premalignant cervical lesion was assessed using a 12 points scale. There were seven multiple choice questions that carried a total of 12 correct responses. Each correct response was given a score of 1 and a wrong response a score of 0. Total points to be scored were 12 and the minimum was 0. Points were about risk factors for acquiring the disease (any 3 points), symptoms of carcinoma of the cervix (any 3 points), preventive measures (any 2 points) and treatment modalities, availability of screening procedures, eligibility for screening, and frequency of screening and methods of screening. The Modified Bloom’s cut off points16was used for assessment with a score of 80-100% of correct responses meant a good knowledge, a score of 50-79% put a scorer in a level of satisfactory knowledge and a poor knowledge for a score less than 50% of the correct responses. Therefore the scores with the respective knowledge levels were good knowledge between 9 and 12, satisfactory knowledge between 6 and 8 and a poor knowledge with score between 0 and 5. 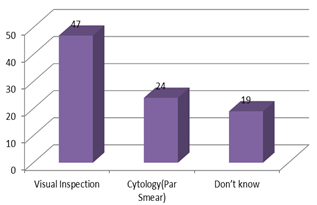 Figure 6. Knowledge of the participants about the methods of screening for cervical cancer. 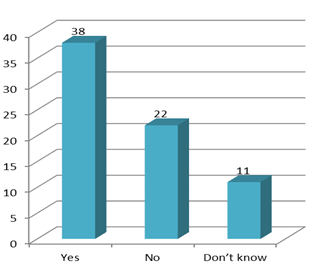 Figure 7. Responses given by the participants regarding transmission of cervical cancer from person to person. 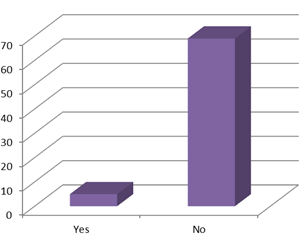 Figure 8. Responses of the participants if the screening procedure is costly.

Regarding the prevalence of cervical cancer in the country, about 81% of the participants were able to respond that carcinoma of the cervix is highly prevalent in the country whereas 2.7% of the women strongly objected that the disease is so rare in India. Another 12.1% of the women had no knowledge about the prevalence of cervical cancer. When asked who can acquire cervical cancer thirty-five women said that any woman can acquire it. About 48.6% of women believe that elderly women usually develop cervical cancer while 4% of the women believe women above 25 years of age acquire cervical cancer. More than half the participants think that cervical cancer can be transmitted from one person to another. 29.7% of the study population thinks that person to person transmission is not possible while another 14.8% of them had no idea if it could be transmitted from one to another [As shown in Figure– 7]. About 83.9% of the women believe that screening helps in the prevention of carcinoma of the cervix whereas 12.1% did not have any idea if screening helps in prevention or not. Only 2.7% of the women told that undergoing screening is a painful event while all the others said that screening does not cause any harm. About 6.7% of the population finds screening as a costly procedure [Refer Figure– 8]. When asked if the women would undergo screening if it was available free of cost and after ensuring that it does not cause any harm, only 2.7% of the respondents still remained hesitant to undergo screening but the rest of the population agreed. 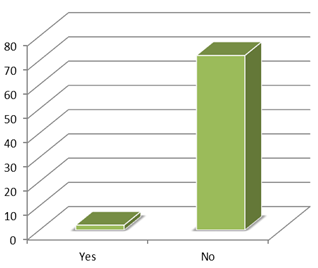 Figure 9. Response given by the participants regarding whether they have undergone screening before.

From the cytology test reports of the cervical smear sample of the participants it is found that only one of the women had uncertain result (ASC-US). No woman with intraepithelial neoplasia was found at the end of screening. One each of the women remained negative but with atrophic and menopausal changes. Two of the participants (2.7%) turned out to be negative with inflammatory changes [As shown in Table -4].

Table 4. Result of the cytology (Pap smear) test of the participants.

Cervical cancer is the most dreadful type of human cancer next to breast cancer15. It has been estimated that 100,000 new cases of cancer of the cervix occur in India every year and 70% or more of these are stage III or higher at diagnosis16. In our study among the participants it was found that only one of the women had uncertain result (ASC-US).

A study by Hoque et al. (2008) showed low uptake of Pap smear test and low level knowledge on prevention of cervical cancer and risk factors. Similarly our study also shows a very poor rate of screening by Pap smear test thus warranting urgent extensive health education program for this rural communities.17 Terefe and Gaym (2008) noted that most respondents had never heard of Pap smear screening. In our study 98.6% of the women had never undergone pap screening. This necessitates the need for social awareness programs to clear the fear and hesitation among women to undergo screening.18

Mathew and George (2009) suggested that Pap smear screening has played a significant role in the reduction in cervical squamous cell carcinoma (SSC) in the US, Canada, New South Wales and in almost all European countries as well as in some of the Asian countries.19 This again shows the significance of screening in reduction of mortality due to cervical cancer which is not at all practiced in a community like Perambalur. Poor knowledge and awareness of cervical cancer among women of different demographic and other characteristics has been reported from many countries20-23. But our study shows that nearly half of the study population had satisfactory knowledge about cervical cancer.

About 2.7% of our study participants conceived that undergoing screening procedure will be a painful experience. This misconception about the test being painful were found to be the barriers among women in another study among Arab women (Bener et al., 2001)26A study carried out in Houston, USA (Cyrus-David et al., 2002) suggested that age at first sexual intercourse less than 18 years carried a higher risk of developing Cervical Intraepithelial Neoplasia27. This was recognized as a risk factor for cervical cancer by 44.5% of our study population.

Seventy-four participants took part in the study. On screening only one of the women came out with uncertain result (ASC-US). 98.6% of the women were found to be negative on cytology test. The study was revealed that though reasonable knowledge about cervical cancer present among half of the women participants, there was a very low screening rate in the community. This was mostly rendered towards the lack of proper infrastructure, facilities and partly towards the hesitation shown by the women. Though majority of the women’s attitude was positive that has not contributed much to the practice of screening amongst them. Anyhow the women’s reluctance to undergo screening for cervical cancer appears to be based not only on lack of knowledge about cervical cancer and its risk factors but also lack of knowledge on the eligibility and availability of screening services.

The efforts to promote cervical cancer screening among women should focus on informing women of their susceptibility to cervical cancer. Women should be encouraged to take responsibility for their own health and be active participants in the screening programs. A woman undergoing gynaecological examination or seeking reproductive healthcare is more likely to receive a recommendation for a screening procedure.

In the present study, sample size was low. In a vast community like Perambalur a large study population is required to know the exact prevalence or to understand their knowledge, attitude and practice regarding cervical cancer and its screening. Being a hospital based study; the reluctant people to attend the hospital were still not brought under the study.

Authors would like to acknowledge Indian Council of Medical Research (ICMR) and Secretary, Department of Health Research for approval of this research project through Short Term Studentship Program (STS 2015) and thereafter awarding it. Also, authors are very much thankful to Dhanalakshmi Srinivasan Medical College and Hospital Siruvachur, Perambalur– 621212, Tamil Nadu for supporting and funding this research project.