3Hailey College of Commerce, University of the Punjab, Lahore, Pakistan

Many organizations offer retirement fund facility after the full path down to the employee, and many organizations set up their own hospitals and schools for the benefits of employees, and also give many grants to employees to inspire work. Organ (1988) deconstructed the dimension of general compliance and added additional dimensions of OCB. This deconstruction resulted in a five-factor model consisting of altruism, courtesy, conscientiousness, civic virtue, and sportsmanship. An employee who practices OCB may belong to a muscular group of players who maintains the spirit of support (Niehoff & Moorman, 1993) between age group and keep the feelings of others highly positive. As a bonus, housing rent allowance etc. these actions inspire the worker honestly do for the organization. Government sector provides opportunities to their employees but the workers are not committed with the organization. What are the fundamental problems exists there? We want to know that? The problem is the absence of administration, or Politian issues. Govt. sector provide every opportunity for the employees. The problems are, in principle, can exist or not. Thus, various issues involved in this quest. This research is being conducted on the organization of the National Highway Authority (NHA), which is responsible for the developed, operating and maintaining the National Highway and motorway networks throughout Pakistan.

Organizational citizenship behavior (OCB) is defined as behavior that (a) is of the basic needs of the job, (b) has a huge prospective unlimited, and (c) critical for the benefit of the organization (Lambert et al., 2008). OCB is employee’s behavior that, while not critical to the duty or project, serves to promote the functioning of organizations (Lee and Allen, 2002) Organizational citizenship behavior significantly affects the work place in which employees have to give the autonomy in the assigned projects and organization focuses on the cognitive environment in which employees can share their knowledge with each other (Hsu & Lin, 2008).

Belcher (1991) tested a basic model for the workers on the stages of the occupation described that with the increase of autonomy in the working environment the privlige also increases with the job and your relationship with peers expands and strengthen which helps to reduce the workload and increases the job satisfaction. According to Sonmezer and Eryaman (2008) recognition, power, horizontal and vertical relationship, creativity and innovative skills are the major determinants of organizational behavior of the employees.

Questionnaires were distributed among members of the organization (National Highway Authority) by using convenience sampling. Population of this study was employees working in different departments of this national level service in Pakistan such as IT department, Motorway Police, Budget & Account department, Revenue Department, Establishment Section, Computer department etc.

National Highway Authority headquarters in Islamabad and sub offices in Lahore, Karachi and Quetta. Their main goal is to provide all general transport routes and motor road and all bridges outside view and control all motor road departments like; motor way police etc. The power of the people in this organization in thousands, NHA Lahore branch staff strength is about 450, and 200 members were selected at random from the total number of members for this study purpose for (N = 200) of our respondents rate. This is a research study on the basis of the primary data and questionnaire is based on all the elements of the perceived organizational support and organizational citizenship behavior. Five point Likert scale was used. Personal demographic information was also collected in this analysis and items were included in the pilot study, the relevant articles are also included in order to collect all necessary information.

Figure 1.0 presents the pictorial diagram of model and theoretical framework for the study in which both the variables are correlated.

On the basis of literature given before, the only hypothesis for this study is described below.

6. Results and Findings of the Study 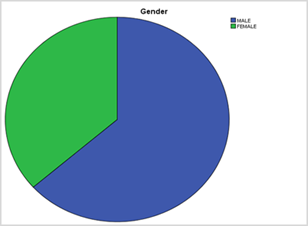 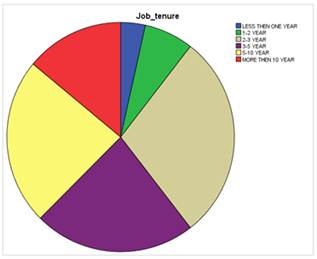 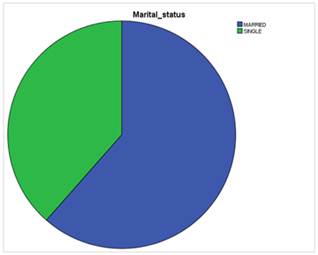 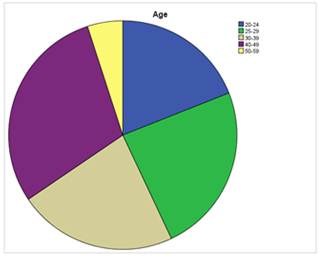 Table 2. Descriptive analysis of all the items (Percentages are given in brackets)

Table 3.0 indicates the descriptive statistics (mean, standard deviation), reliability coefficients and of independent (POS) and dependent variable which is job performance. As the reliability of some constructs was low, items with less interitem correlation were deleted before the analysis was performed. The deletion of items improved reliability. The mean value for POS, 4.0720 which is higher and for self-determination 3.95, which is the dimension of organizational citizenship behavior, is higher. In this analysis POS have dimensions which are meaning, competence, self-determination, impact, courtesy, conscientiousness, while other variable, job performance contains organizational citizenship behavior of employees which is also called extra role performance of employees.

The correlation results shows that there exist a significantly moderate relation between perceived organizational support (POS) and Organizational Citizenship Behavior (OCB) but one dimension of OCB, Conscientiousness is negatively related to perceived organizational support. Correlation analysis is helpful in creating and discovering the relationship among the variables and creates a sense that all variables are associated with each other whether negatively or positively.