Nuclear Energy, the Past and the Future Challenges in Competition with Renewable Energy in Iran and the World

One of the most important challenges of the next century according to several references is the energy challenge. This challenge is investigated in some fields. Production, safety, renewability, transportation, environment, economics and technology are some fields which are important about energy challenge. Due to population increasing and decreasing fossil fuel reserves, research and development about new resource of energy is seem necessary. Surely, production of energy depends to the time, place, climate and environment conditions. Using of solar cell in sunny places, wind turbine in windy places or production of hydroelectric energy in places with high water level is suitable. Some type of energies has ability for production in almost all places such as fossil fuel but this type of energy is dirty and harmful for environment and also will terminate in near future. Nuclear energy is rather clean but it has two important challenges. The risk of nuclear accident and nuclear waste is the first important challenge. The second one is dangerous of nuclear weapons and the probability of using these types of weapons by some governments. However, each type of energy has some advantages and disadvantages.

In view of the above considerations study and research about energy in all fields according to the demand of energy is necessary. Production of energy by several ways is introduced due to this important demand. Therefore, energy studies must include several factors. Comparing and selecting suitable energy for every region is the subject of some research. In the present study comparing between nuclear energy and renewable energies especially solar type in Iran is investigated.

2. History and the Past

Uranium was discovered in 1789 by Martin Klaproth who was a German chemist. This element was named after the planet Uranus [1]. In 1902 Ernest Rutherford showed that radioactivity is a spontaneous event emitting an alpha or beta particle from the nucleus which created a different element [2]. By 1911 Frederick Soddy discovered that naturally-radioactive elements had a number of different isotopes (radionuclides), with the same chemistry [3]. In 1932 James Chadwick discovered the neutron [4]. Also in 1932 Cockcroft and Walton produced nuclear transformations by bombarding atoms with accelerated protons [5], then in 1934 Irene Curie and Frederic Joliot found that some such transformations created artificial radionuclides [6]. The next year Enrico Fermi found that a much greater variety of artificial radionuclides could be formed when neutrons were used instead of protons [7].

Fermi continued his experiments, mostly producing heavier elements from various target radionuclides; however, with Uranium he managed to produce some much lighter ones. At the end of 1938 Otto Hahn and Fritz Strassmann in Berlin showed that the new lighter elements were barium and other radionuclides which were about half the mass of Uranium, thereby demonstrating that atomic fission had occurred [8]. Lise Meitner and her nephew Otto Frisch, working under Niels Bohr supervision explained this phenomenon by suggesting that the neutron was captured by the nucleus. This can intensify vibrations leading to the nucleus splitting into two not quite equal parts. They calculated the energy released from this fission which was circa 200 million electron volts. Frisch then confirmed this figure experimentally in January 1939 [9].

This was the first experimental confirmation of Albert Einstein's paper putting forward the equivalence between mass and energy, which had been published in 1905 [10].

These 1939 developments sparked inspiration in many laboratories. Hahn and Strassmann showed that fission not only released a lot of energy but that it also released additional neutrons. Released neutrons could cause fission in other Uranium nuclei and possibly self-sustaining chain reactions which leads to an enormous release of energy [11]. This suggestion was soon confirmed experimentally by Joliot and his co-workers in Paris, and Leo Szilard working with Fermi in New York [12].

A nuclear reactor produces and controls the release of energy from splitting the atoms of certain elements. The most common fissile nuclear fuels are  Uranium -235 (235U) andplutonium-239 (239Pu). The actions of mining, refining, purifying, using, and ultimately disposing nuclear fuel together make up the nuclear fuel cycle. In a nuclear power reactor, the released energy is used as heat to make steam in order to generate electricity. For most of reactors, the principles of using nuclear power for electricity production are the same. The released energy from continuous fission of the fuels’ atoms is harnessed as heat in either a gas or water which is used to produce steam. The steam is used to drive the turbines in order to produce electricity (as in most fossil fuel plants).

Due to the completion of fossil fuels in the near future (Fig 1 [13]), the need to produce energy through nuclear power and renewable energy increased. 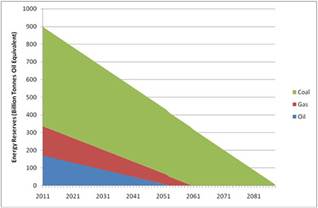 Renewable energy has several definitions. For example TREIA1's definition of renewable energy has been adopted by the Texas legislature, and is as: "Renewable energy: Any energy resource that is naturally regenerated over a short time scale and derived directly from the sun (such as thermal, photochemical, and photoelectric), indirectly from the sun (such as wind, hydropower, and photosynthetic energy stored in biomass), or from other natural movements and mechanisms of the environment (such as geothermal and tidal energy). Renewable energy does not include energy resources derived from fossil fuels, waste products from fossil sources, or waste products from inorganic sources."

One of the most important advantages of these types of energies is low carbon production. The rate of production of nuclear, solar, and wind energy from 1965 until 2013 is brought in Fig 2 ([38]).

Some advantages and disadvantages of nuclear energy are as:

• Diversity in types of reactors and related technologies [28-30]

• Ability of utilizing waste for fuel production in breeder reactors [31, 32]

• The absence of nuclear fuel mines in all countries [34]

Some advantages and disadvantages of renewable energy are as:

• No limitations in the capacity of power plants (Domestic production) [47]

• Clean source of energy without any waste and Pollution [50]

4. The Future of Renewable Energy in the World 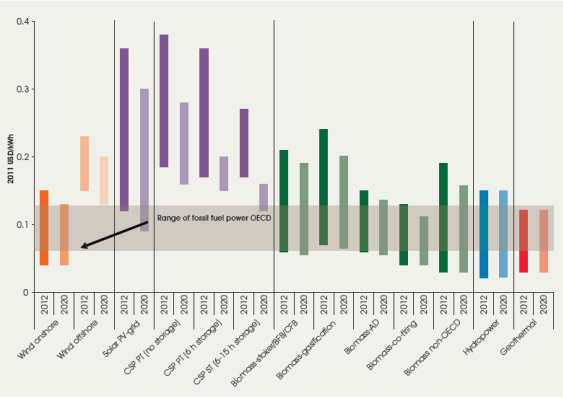 As already mentioned the many benefits renewable energy has led to an increase in the share of this type of energy in the future.

5. The Future of Renewable Energy in Iran

In recent years due to US and UN sanctions of nuclear power for Iranian government and the fact that fossil fuels are ending in Iran and the world, special attention to the renewable energy seems essential in Iran. Geography and climate of Iran, has put Iran among the most talented countries for electricity generation with renewable energy.

The big desert of Lūt with the area of 5400 km2 is situated in the east and southeast of Iran in Kerman province in the edge of Shahdad town. At the main part of this Lūt desert, there is no flora and fauna of any kind. Lūt desert is a desert in eastern Iran. It stretches about 320 km from northwest to southeast and is about 160 km wide [58]. In Fig. 4 Lūt desert is shown.

Our estimate shows that using only ten percent of Lūt’s area with suitable choice of solar cells will produce from 0.9 to 1.4 times the power consumption of Iran. 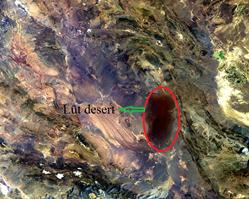 Table 1. Electric energy productions by some types of solar cells.

In this study after representation of nuclear energy history, comparison between nuclear energy and renewable energy is presented. Finally, high potential of Lūt desert of Iran for production solar energy by solar cell is resulted.

Because of the benefits of renewable energy and electricity produced by solar cells, the development of solar plan in the future is essential. Table 1 shows an estimate of the electricity generated by suitable solar cells using 10% of Lūt area. It is confirmed by similar studies and reports [59][60]. Using the total potential of Iran in the field of renewable energies will have deep effects on environment, economy, employment opportunities, health, and society. Iran also has high potential in other types of renewable energy like wind, geothermal, hydropower, and biomass.

Author thanks to Kerman meteorological organization to provide useful data of some meteorological stations and also author is grateful of Ms. Fatemeh Mohtashami for her valuable advice.