Irrigation is an increasingly important practice for sustainable agriculture in the Midlist region, as well as in other semi-arid environments of southern Iran. Evapotranspiration (ET) of corn hybrids were measured and compared in 2003 and 2004 under lysimeters at Iranshahr Research Station in the Blochestan of Iran, and studied differences in growth, yield and water use efficiency (WUE). In both years, corn was planted in July and harvested in October in two different fields of 1000m2 each, containing drainage lysimeters to directly measure ET. Irrigation differentiation was made upon crop evapotranspiration measured on the lysimeters, water was then applied at 100 and 60% of ET. Full irrigation treatment (I-100) was managed for high productivity, whereas deficit irrigation treatment (I-60) was maintained at 60% of field capacity. Water stress was applied continuously during the growing cycle. The analysis revealed that SC 704 hybrid is suitable variety for southern of Iran, because WUE of this hybrid %4.4 higher than SC604, While water using of this variety is %2.03 more than SC604. Meanwhile yield and yield components (1000 w, number of row per ear) and plant height are %6.73, %8.39, %11.11 and %5.11 higher than SC604 respectively. On the other hand cob percentage of SC604 as a negative parameters is %10 more than SC 704. In the meantime seed depth of SC604 is other recorded parameter which %5.88 more than SC 704.

In Midlist region, submitted to arid and semi-arid climate, water is a limiting factor for profitable agriculture, in terms both of overall amount and intermittence and/or irregularity of rainfall events throughout crops’ growing season. In this context, irrigation (full or supplementary) of the crops is needed for providing best level of production. However, water is becoming a scarce natural resource and agriculture represents the major water consumption at global scale, thus, proper irrigation scheduling has to be employed by the producers for exploring water saving measures.

The misuse of water due to either low efficiency of irrigation or inadequate irrigation scheduling can lead to loss of water, resulting in higher production costs and negative environmental impacts. Matching water supply and demand are essential for productivity and sustainability in any irrigation scheme. Moreover, knowledge of crop-water requirements is crucial for water resources management and planning in order to improve water-use efficiency [6], [7].

Crop-water requirements vary during the growing period, mainly due to variation in crop canopy and climatic conditions, and related to both cropping technique and irrigation methods. About 99% of the water uptake by plants from soil is lost as evapotranspiration (ET), so, it can be stated that the measurement of actual crop evapotranspiration (ETc) on a daily scale for the whole vegetative cycle is equal to the water requirement of the given crop. Evapotranspiration is defined as the water lost as vapour by an unsaturated vegetative surface and it is the sum of evaporation from soil and transpiration by plants. In order to avoid the underestimation or overestimation of crop water consumption, knowledge of the exact water loss through actual evapotranspiration is necessary for sustainable development and environmentally sound water management in the Mediterranean region. However, overestimation of water consumption is very common practice in this region [15], causing both wastes of water and negative impacts on economic, social and environmental levels [7].

Corn has been reported in the literature to have high irrigation requirements [18], [13], [4], [9], [16]. The scarce and year-to-year variability of rain in the Bekaa Valley makes it necessary to efficiently use water for irrigation of corn. However, more signiﬁcant is the higher evapotranspiration of fully irrigated corn in this region where the advection effect is considerable compared to other sites in the country [1].

The inﬂuence of water application on corn yield has been discussed in reviews by [12]. Corn dry matter and grain yield increased significantly by irrigation [20]. However, corn has been reported to be very sensitive to drought [3], [10].

In this region, irrigation water supplies are mainly from groundwater sources that are being depleted.

Understanding the relationship between growths of corn hybrids and water consumption for each area would aid the improvement of growth conditions and crop yield and would provide useful tools for future genetic engineering. Research in the late 1980s demonstrated that yields can be raised two to three-fold by using available improved varieties and appropriate agronomic techniques. But these findings need to be refined, improved and tested for local climatic, soil and crop conditions [11].

These include in the aspects of to what extent irrigation for different cultivars affect the yield of corn. In addition, no comprehensive database is available for water consumption of corn hybrids in south of Iran. Thus, studies are still needed to improve understanding of the effects of different irrigation on corn hybrids. Hence, the present study was designed with the following objectives:

1.  To study the growth and yield characteristics of summer corn (Zea mays L.) as well as of different corn hybrids.

The experiment consisted of 18 treatments outlined as follows:

Each plot comprised of four raised beds of 50 meters length –and plants were harvested at the physiological maturity stage.

The usual agricultural planting were done. During the growth the usual notes were taken (Figure 3).

The land was plowed to a depth of 20-25 cm followed by harrowing before planting. During the growth the usual notes were taken. Data were analyzed using the analysis of variance (ANOVA) procedure with of [14] by means between the treatments were compared using LSD Test at P<0.05.

Table 1. Physical and chemical properties of the experimental soil media.

The flowchart and template of applied lysimeter are shown at the figures 1 and 2.

2.2. Transpiration and Evaporation Equation and Climatically

For determination of potential transpiration and evaporation, fallowing equation used;

Table 2. Climatically data at Agricultural Research Station of Iranshahr during the growth period of corn.

In order to find the most suitable planting date for more producing silage corn hybrids, the field experiments were conducted for two years at agricultural research station Iranshahr in 2004-2005. The cultivars were sown at three planting dates from 16 July with 15 days interval. The experimental was laid out in a split plot randomized complete block design arranged with four replications. The main plots were planting date and the sub-plot consisted of varieties. The harvesting areas for early matured, mid matured and later matured varieties were 10.08, 9.27 and 8.48, respectively. The usual agricultural planting were done. During the growth the usual notes were taken. 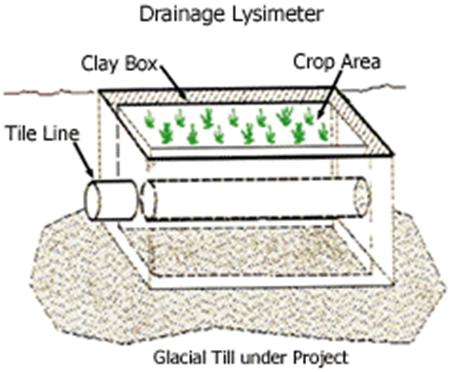 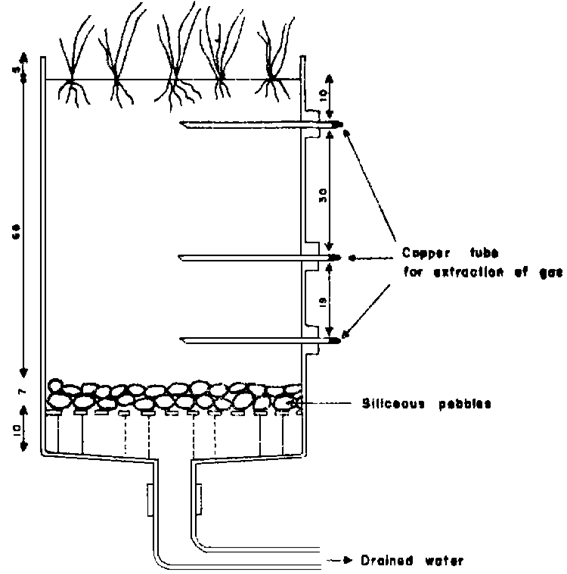 Figure 2. Flowchart of lysimeter at the field in southern of Iran. 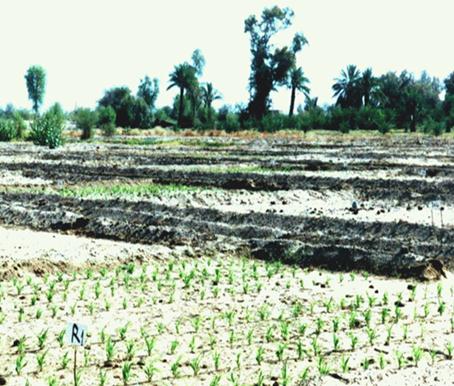 Figure 3. General picture from lysimeter field in southern of Iran.

The water conception, grain yield and water use efficiency (WUE) for two varieties of SC 704 and SC 604corns were different during two years experiment.

*In the lysimetr number 1 corn of SC604 planted.

*In the lysimeter number 2 corn of SC704 planted.

The resulting groundwater contamination from intensive cereal production has become a major concern for long-term farmland efficiency and environmental sustainability in southern Iran. In the water scarcity condition, using enough irrigation and appropriate corn hybrid are the best strategies to improve water productivity. The water use efficiency of corn also will be increase.

It would be more appropriate practice both for minimizing nitrate leaching and sustainable corn production under the arid and semiarid conditions of southern Iran.