A technique of nonlinear analysis- the fractal analysis, is recently having its popularity to many researchers working on nonlinear data for which most mathematical models produce intractable solutions. The term "Fractals" is derived from the Latin wordfractus, the adjectival from offranger, or break. Fractals as a set of fine structure, enough irregularities to be described in traditional geometrical language and fractal dimension is greater than topological dimension. Fractal is a mathematical analysis for characterizing complexity of repeating geometrical patterns at various scale lengths. The analysis is mostly suitable for analyzing data with self-similarity (i.e., data do not depend on time scale). Due to the self-similarity in the Heart’s electrical conduction mechanism and self-affine behavior of heart rate (HR), fractal analysis can be used as an analyzer of HR time series data. The aim of this work is to analysis heart rate variability (HRV) by applying different method to calculate fractal dimension (FD) of instantaneous heart rate (IHR) derived from ECG. The behavioral change of FD will be analyzed with the variation of data length. Based on FD change, the classification of abnormalities are being tried to identify in ECG. These methods will be applied to a large class of long duration data sets and it is expected that the proposed technique will provide a better result by comparison with others to detect the abnormality of ECG signal.

An Electrocardiogram (ECG) signal gives a significant information for the cardiologist to detect cardiac diseases [1]. ECG signal is a self-similar object. So, fractal analysis can be implemented for proper utilization of the gathered information. 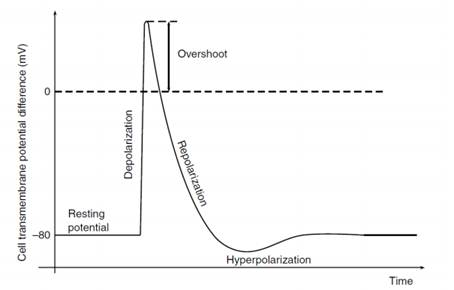 Figure 1. Schematic representation of an action potential in an excitable cell.

1.2. Activation of the Heart and the ECG

The contraction and relaxation of the heart muscles that enables the irrigation of all the circulatory system is adequately related with the action potential propagation in the heart. The electrical activity of the heart originates in the sino-atrial node. The impulse then rapidly spreads through the right atrium to the atrioventricular node. It also spreads through the atrial muscle directly from the right atrium to the left atrium. The electrical conduction system of the heart is composed of the following structures [4]: 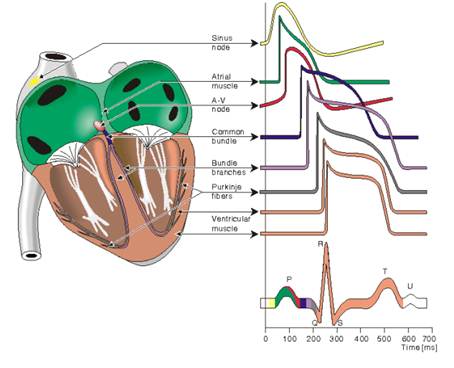 Figure 2. Propagation of the Action Potential through heart [5].

The activation sequence of the action potential in the heart leads to the production of closed-line action currents that flow in the thoracic volume conductor. Potentials measured at the outer surface (the body surface) are referred as Electro- cardiograms (ECGs). Electrocardiograph is generated with the help surface electrodes, electronic amplifiers and filters and display devices. It provides information about the heart rate, rhythm, and morphology.

FD is a descriptive measure that has been proven useful in quantifying the complexity or self-similarity of biomedical signals. ECG signal of a human heart is a self-similar object, so it must have a fractal dimension that can be extracted using mathematical methods to identifying and distinguish specific states of heart pathological conditions. Three different methods for computing FD values will be investigated from ECG time series signals depending on fractal geometry in order to extract its main features.

Fractal Dimension is a descriptive measure that has been proven useful in quantifying the complexity or self-similarity of biomedical signals. ECG signal of a human heart is a self-similar object, so it must have a fractal dimension that can be extracted using mathematical methods to identifying and distinguish specific states of heart pathological conditions [7] [8]. In general, a fractal is defined as a set having non-integer dimension. Consequently, the fractal dimension (FD) is introduced as a factor highly correlated with the human perception of object’s roughness. FD fills the gap between one- and two-dimensional objects. The more complex the contour of the curve, the more it fills the plane and the more its fractal dimension will be closer to 2. This section investigates three different methods for computing FD values from ECG time series signals (RR intervals) depending on fractal geometry in order to extract its main features.

One-dimensional approach that can be applied to an isotropic signal of any dimension [9]. Making estimates of the variance of the signal at each of several different levels of resolution form the basis of the technique; for fractal signals a plot of the log of the standard deviation versus the log of the measuring element size (the measure of resolution) gives a straight line with a slope of 1 - D, where D is the fractal dimension. The characterizing Hurst coefficient, H is a measure of irregularity; the irregularity or anticorrelation in the signal is maximal at H near zero. White noise with zero correlation has H = 0.5. For one-dimensional series, H = 2 - D, where D is the fractal dimension, 1<D<2 [9].

There is a strong relationship between the measure of variation (the coefficient of variation) and the resolution of measurement. This is a simple one dimensional spatial analysis which we level as RD analysis, where RD is the relative dispersion i.e. the standard deviation divided by the mean. Mathematically it can be expressed as:

= Mean of the variables

H not equal to 0.5, the SD will be proportional to

, n being the bin size or time resolution interval. By calculating the RD (

Where, RD0 is the RD for some reference bin size no.

The exponent can be best estimated by a log-log transformation.

ForFractal Dimension, D=2-H. So, D=1-slope. So, fractal dimension from this equation can easily be estimated. The fit is little improved when longer signals are used.

2.  Then calculated Standard deviation and Mean for different Bin size of data.

Determine the arithmetic mean of data set by adding all of the individual values of the set together and dividing by the total number of values.

3.  Then standard deviation is normalized by dividing with the arithmetic mean, which yields the relative dispersion RD of the data series.

1.  The results are then plotted against log2(n) versuslog2(RD), where n is the bin size or the time resolution interval.

2.  The MATLAB function ‘polyfit()’ is used to fit a least square straight line over the log2(n) versuslog2(RD) curve.

The slope of the straight line is then used to calculate the fractal dimension: (D=1-slope)

Figure 5. FDs of Normal and Abnormal data of RD method.

From the figure it is clear that there is a difference in fractal dimension between normal and abnormal data. This difference varies mainly in the slope. If data is normal- SD will be small, so RD will be small and log2(RD) also will be small. And when log2(n) versus log2(RD) is plotted Slope will be low. 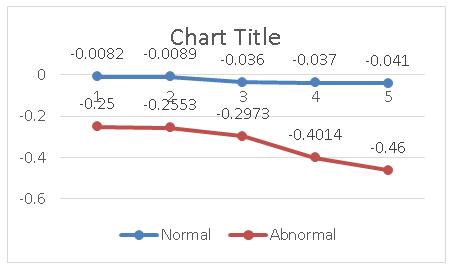 In general, with the increase of data length, calculated fractal dimension in general, gets closer to the actual result.

For the case of Fractal dimensions,

It is seen that 2nd value of is more than 1st value. It is clear that 2nd values are for abnormal because it is largely deviated from average. Relative Dispersion (RD) Analysis is well suited for long signals.

The power spectrum (the square of the amplitude from the Fourier transform) of an unpolluted fractional Brownian motion is known to be described by a power law function: |A|2= 1/ f β

Where |A| is the magnitude of the spectral density at frequency f, with an exponent equal to β = 2H + 1. In general, fractal signals always have such a very broad spectrum. When the derivative is taken from a fractal signal, β is reduced by two. Thus, for fractional Brownian noise, fBn, β is expected to be: β=2H+1.

Where P(f) is the power spectral density, f, and the exponent α is the so called power-spectral index. For the values region between FD=1 and FD =2 the following relationship between FD and α is valid: FD=(5-α)/2, for 1<FD<2

In other words, the fractal dimension of a time series can be calculated directly from its power spectrum.

1.  At first simulated data is loaded.

It returns a vector of frequencies, the same size as Pxx at which the PSD is estimated. The PSD is plotted on log scale by using ‘log log’ command. The plots of the power spectral densities against the normalized frequency in the log scale are for normal and abnormal data assuming sampling frequency.

1.  Least-square straight line is then fitted over the PSD plotted.

2.  From the graphs, the ramp of the approximated straight line and fractal dimensions are calculated for different data series. For PSD method, Fractal dimension, D= (5-slope)/2

b) Comparison and Comments 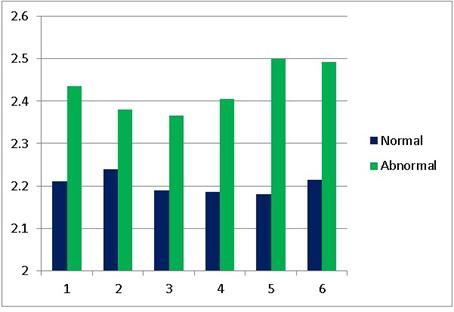 Figure 10. FDs are plotted for Normal and Abnormal data.

From the figure it is clear that there is a difference in Fractal Dimension between normal and abnormal data. This difference varies mainly in the slope. 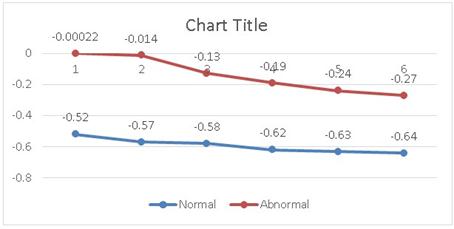 Hurst (1965) developed the rescaled range analysis, a statistical method is used to analyze long records of natural phenomena. There are two factors used in this analysis: firstly, the range R, this is the difference between the minimum and maximum 'accumulated' values or cumulative sum of X(t,τ) of the natural phenomenon at discrete integer-valued time t over a time span τ (taw), and secondly the standard deviation S, estimated from the observed values Xi(t). Hurst found that the ratio R/S is very well described for a large number of natural phenomena by the following empirical relation [12-18]:

where τ is the time span, and H the Hurst exponent. The coefficient c was taken equal to 0.5 by Hurst. R and S are

The Relation between Hurst exponent and the fractal dimension is simply D=2-H. We calculate the individual calculations for each interval length. A straight line is fitted in the log-log plot: Log[R(T)/S(T)] = c + H log(T). Where H = slope. So, Fractal dimension, D= 2-H. With the help of this equation we can easily evaluate fractal dimension in rescaled range analysis[19].

1.  At first specified data is divided into different series of Bin size.

2.  Then calculated standard deviation for different Bin size of data.

3.  Maximum and minimum of integral for each lag interval is then calculated to find out the range, R of each interval.

4.  Finally, the R/S ratio is calculated from the average of each slot R/S ratio.

1.  The results are then plotted against log2(t ) vs log2(R/S), where tis the length of the time.

2.  The MATLAB function ‘polyfit()’ is used to fit a least square straight line over the log2(t) vslog2(R/S) curve.

From the above graphs, the slope of the straight line is then used to calculate the fractal dimension.

b) Comparison and Comments 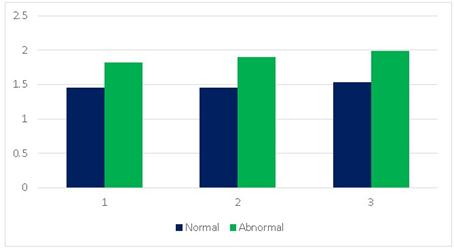 Figure 14. FDs are plotted for Normal and Abnormal data.

From the figure it is clear that there is a difference in fractal dimension between normal and abnormal data. This difference varies mainly in the slope. 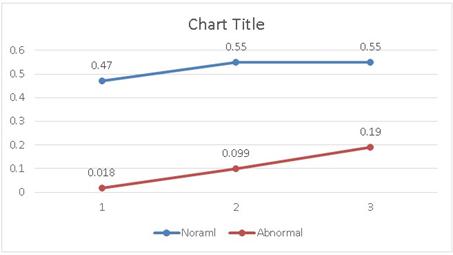 Figure 15. Difference in ramp for normal and abnormal data.

In Rescaled Range Analysis there is no linear variation of fractal dimension with data length or closely spaced data series.

For the case of Fractal dimensions,

We see that 2nd value of

is more than 1st value. It is clear that 2nd values are for abnormal because it is largely deviated from average.

This paper aims to analysis heart rate variability (HRV) applying three different methods to calculate fractal dimension (FD) of instantaneous heart rate (IHR) derived from ECG. These non-linear techniques are applied to different raw data (RR intervals of ECG) that are derived from the sample ECG records from MIT-BIH database. The results found from this work are analyzed to see how they differ between normal and abnormal in the examined ECG record. There also has some classical technique to Heart rate analysis. In futureheart abnormalities will be detected by using several frequency domain methods such as cross entropy analysis, Support Vector Machine (SVM), Discrete Cosine Transform (DCT) and Wavelet Transform etc.