Growth Performance of Native Tropical Tree Species on a Coal Mine Spoil on Singrauli Coalfields, India

Mine spoils are drastically disturbed and physically, nutritionally and microbiologically impoverished habitats [1,2]. It needs to be stabilized to prevent erosion and contamination of rivers and adjoining agricultural lands from harmful leachates. Natural revegetation of mine spoils is a slow process [3,4] but it can be accelerated by planting suitable tree species. Therefore, evaluation of tree performance is crucial in selection of suitable species for revegetation of mine spoils for their prompt recovery. Several studies have been conducted in India and abroad to evaluate the performance of trees on mine spoils [5-9]. The main objective of the present investigation was also to evaluate the growth performance of eight native tropical tree species planted for revegetation of a coal mine spoil in a tropical dry environment. 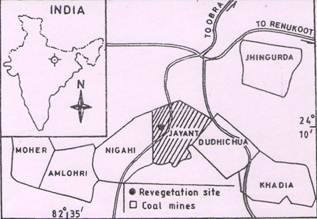 Fig. 1. Location of study site within Jayant coal mine of Singrauli Coalfields, India.

The study was conducted at the Jayant coal mine on the Singrauli Coalfields, Madhya Pradesh (India) (Fig. 1). The Singrauli Coalfields cover an area of about 2200 km2 (23o47'-24o12' N, 81o48'-82o52' E and elevations of 280-519 m above mean sea level), of which 80 km2 lies in Uttar Pradesh and the rest in Madhya Pradesh. The climate is tropical monsoonal with temperature reaching up to 42oC during June and lowering to down to 5oC in January. Rainfall varies from 90-100 cm confined during monsoon months from June to September. Winter rains are negligible. The potential natural vegetation is a tropical dry deciduous forest [10].

A total of 9 individuals for each species, distributed equally between the three replicate plots selected at random were used for growth measurements. Height and diameter measurements were made in April 1996 (33 months after plantation) and in December 1997 (53 months after plantation). Diameter (d) was measured at 20 cm above the ground surface. Height (h) was measured using a scaled bamboo stick. Volumes of the trees (V) were calculated as a cone (V = d2h).

Annual growth rate was assessed as increments in height, diameter and volume from the values measured in April 1996 and December 1997.

Table 1. Height, diameter and volume of planted tree species at two different age on a coal mine spoil on Singrauli Coalfields, India.